You don’t realize how powerful music is until you visit a place like Parque Lennon (Lennon Park) in Havana, Cuba. That same park teaches you who the Cuban is; resilient and instrumental.

Unveiled in 2000, the statue of Lennon sitting on a park bench was created complete with a set of gold-colored glasses. Thinking the glasses were made of real gold, they were stolen… twice. Now, a woman is employed (by the state, I think) to sit in the park with a pair of glasses, that she places on the statue, should you want to take a selfie.

There is an inscription which reads, “Dirás que soy un soñador pero no soy el único” meaning “You may say I’m a dreamer, but I’m not the only one,” from the song “Imagine“. Our tour guide explained that the Beatles (and rock & roll music in general) had been banned in communist Cuba; you know how people love anything they’re told not to have 😉 This also opened my eyes to some of the reasons my mom and dad must have fell in love. With the invention of itunes, she would tell me how much she loved the Beatles’ music. I’m sure my dad felt the same.

If you happen to be able to make it to my father’s beautiful island, drop by Lennon Park for a spell. Next door, you can visit the Yellow Submarine, which I believe is a concert hall. 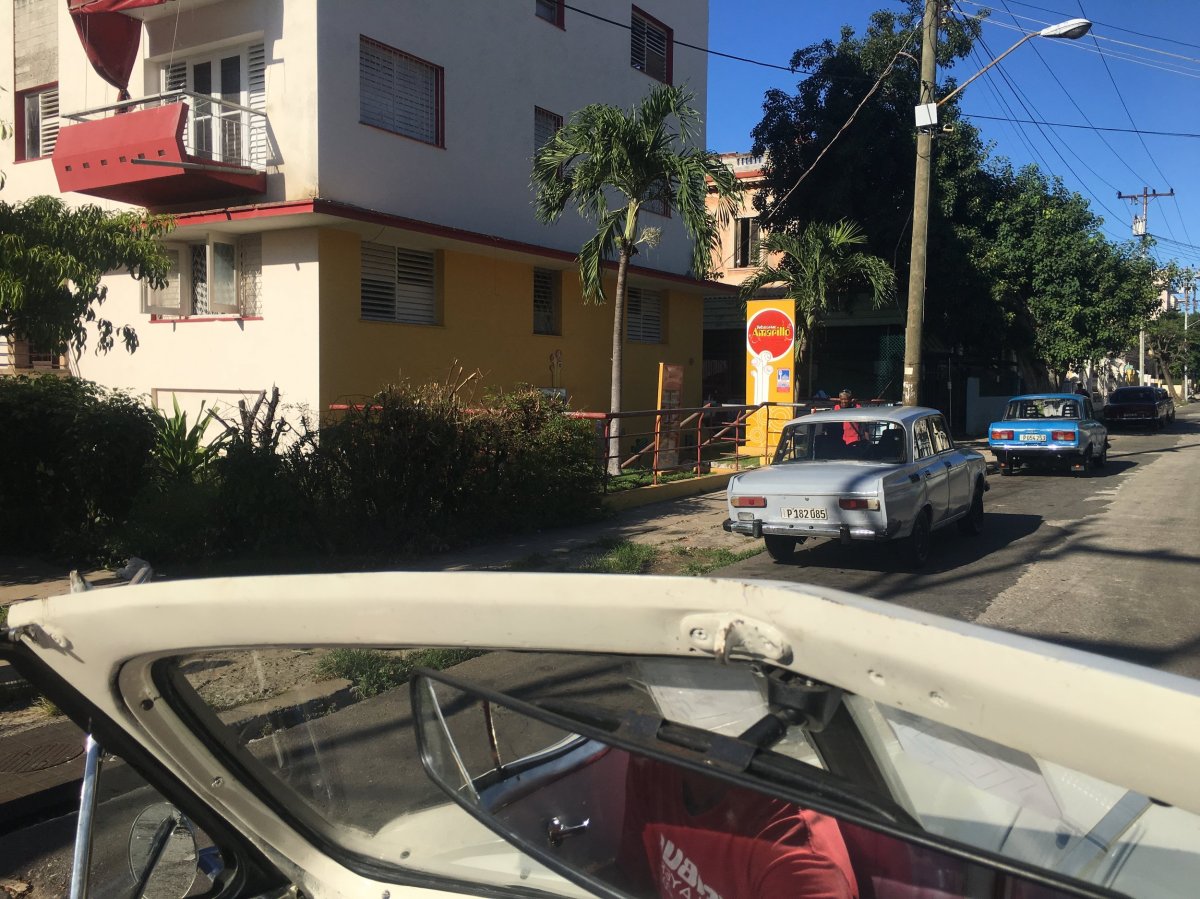