Warhol’s massive portraits of Mao Zedong immediately cast a spell on me. Andy often focused on celebrities and applied his “pop art” style, but the effect of adding these treatments to a photo of such a strong, political leader made a huge impression on me. In a place like China, one might (ignorantly) assume that you might not be able to play around with the image of a leader in such a way. Many of the Mao images look like he’s wearing a full face of make up.

Apparently, Andy found it interesting that the only images he saw coming out of China were those of Mao. With this, he decided to add his flair to popular image. Similarly to his Campbell’s Soup Can images, Andy meant to comment on mass production and consumerism. From an American lens, I can see how interesting it is to think that capitalism might not be a preferred way of life in other countries, but marketing is marketing. These images of Mao are what the people were being fed. Was is because they believed in Mao? Or because it seemed to be their only option, with his photo plastered everywhere they turned?

On thing I certainly appreciate of Andy’s work (an maybe pop art, in general) is that the images make me want to learn more about his subjects. Art is phenomenal way to find an opening into learning history. Mao has to be a subject for a reason. Even if you’ve never heard of him, this photo might make you ask, “Who is this guy.” Personally, I’ve recently wanted to learn more about Mao because Huey Newton and the Black Panther party studied his theories in China when they constructed many of their “revolutionary” theories.

The idea of creating portraits of Mao Zedong came from Bruno Bischofberger, Andy Warhol’s dealer who suggested that Warhol create portraits of the most important figure in the 20th century. At the time, in 1972, Nixon had just made his historic visit to China. Shortly after, Life magazine stated that Mao Zedong was the most famous person in the world at that time. The mass ideology Maoism and Mao’s cult-like following in Chinese society instantly attracted Warhol. His portraits of Mao were the first time Warhol unveiled any political leanings in his artwork.  Of his interest in Chinese politics, Warhol in 1971 famously said “I have been reading so much about China. They’re so nutty. They don’t believe in creativity. The only picture they ever have is of Mao Zedong. It’s great. It looks like a silkscreen”.  In the following year, the Andy Warhol Mao Portfolio beginning with his first screenprints featuring the Chinese leader.

The 10 Screenprints of the Warhol Mao Series

In 1972, the Warhol Mao Series of 10 screenprints based on the official portrait of Mao on the cover of the Little Red Book. The Little Red Book contained quotes from Mao and was considered the cornerstone of Maoist ideology. In fact, many Communist party members were encouraged to carry a copy with them.  In each image, Mao’s face is colored dramatically, his lips sometimes rouge red. His face color ranges from navy blue to neon white.  In many instances, Mao appears to be wearing makeup, his mole darkly colored as a beauty mark similar to that of Marilyn Monroe. The screenprints’ multiplicity is also reminiscent of the mass-produced propaganda posters which were widely displayed in China under Mao’s rule. Yet, their coloring maintains an air of kitsch, thus combining Eastern mass ideology with a Western aesthetic. The creation of these glamorous portraits turns Mao into a pop icon much like Warhol’s celebrity portraits. Moreover, the provocative coloring subtly foreshadows the coloring of Mao’s legacy in the years to come.   Warhol eventually visited China in 1982, and marked the visit with a famous photograph of him standing before Mao’s portrait in Tiananmen Square.

Warhol may not have anticipated the response his screenprints would receive in China. After the end of the Cultural Revolution, artist groups emerged in China which sough influence from Warhol. For instance, The Stars, a group which included Ai Weiwei,would view Warhol’s imagery of Mao as a primary point in examining the symbols of a communist regime.  In 2013, a Warhol exhibition titled “15 Minutes Eternal” toured to Shanghai. Of the more than 300 works chosen for display, the suite of silk screen paintings of Mao Zedong was famously absent. The colorful portraits were considered too political and potentially offensive to Chinese citizens. Though this was not Warhol’s intention, his portraits continue to powerfully impact and define the surrounding world. 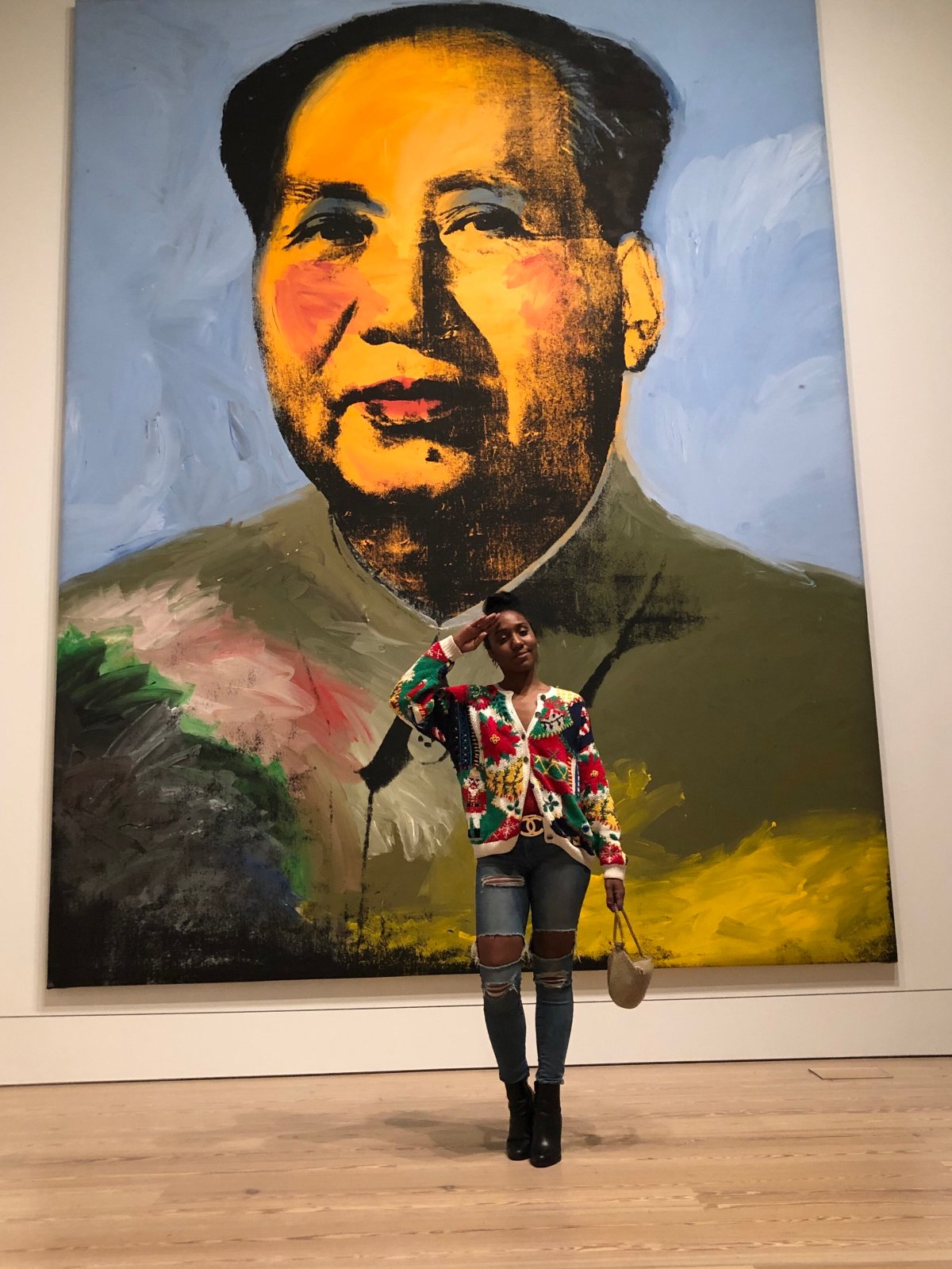 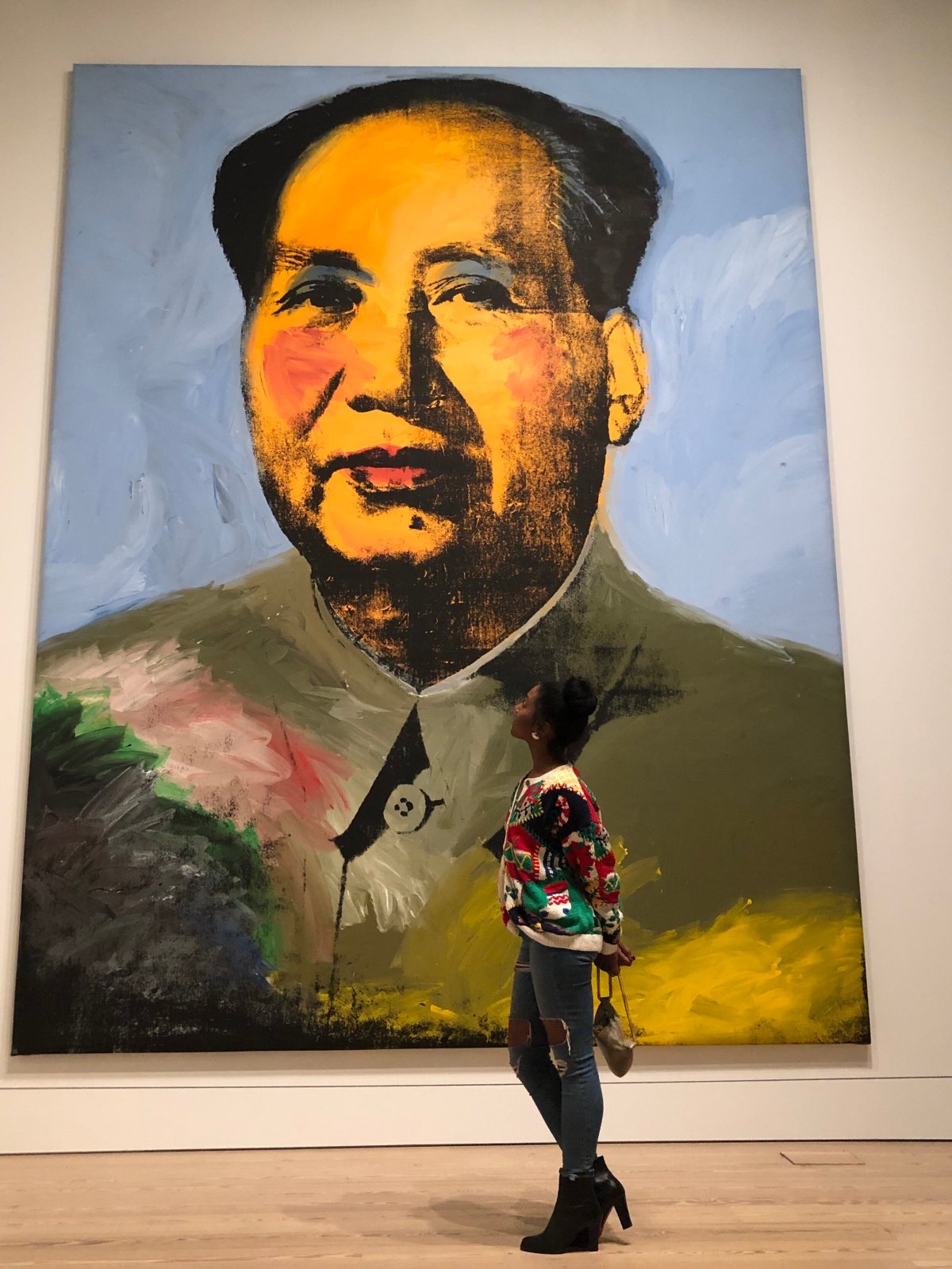 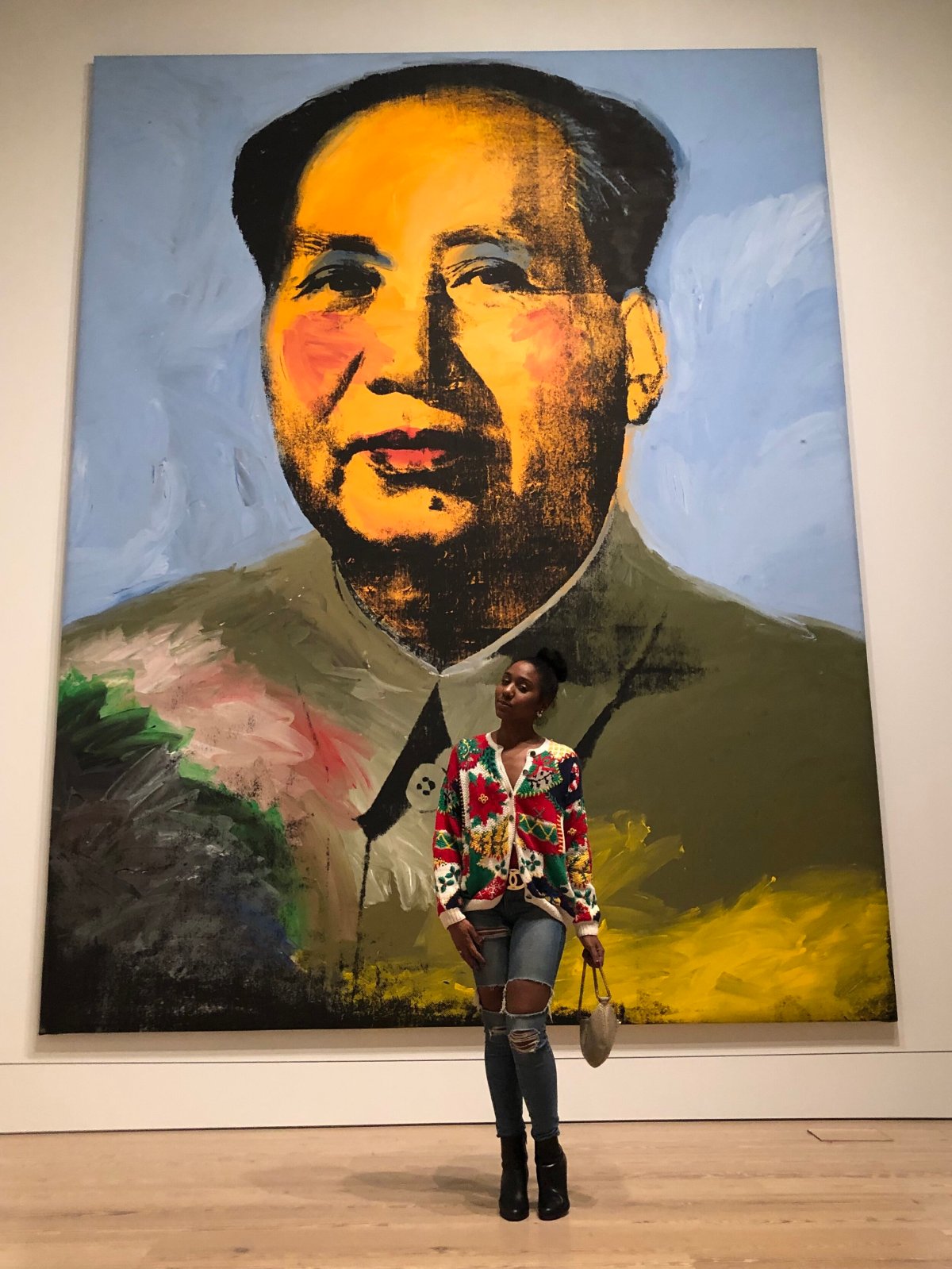 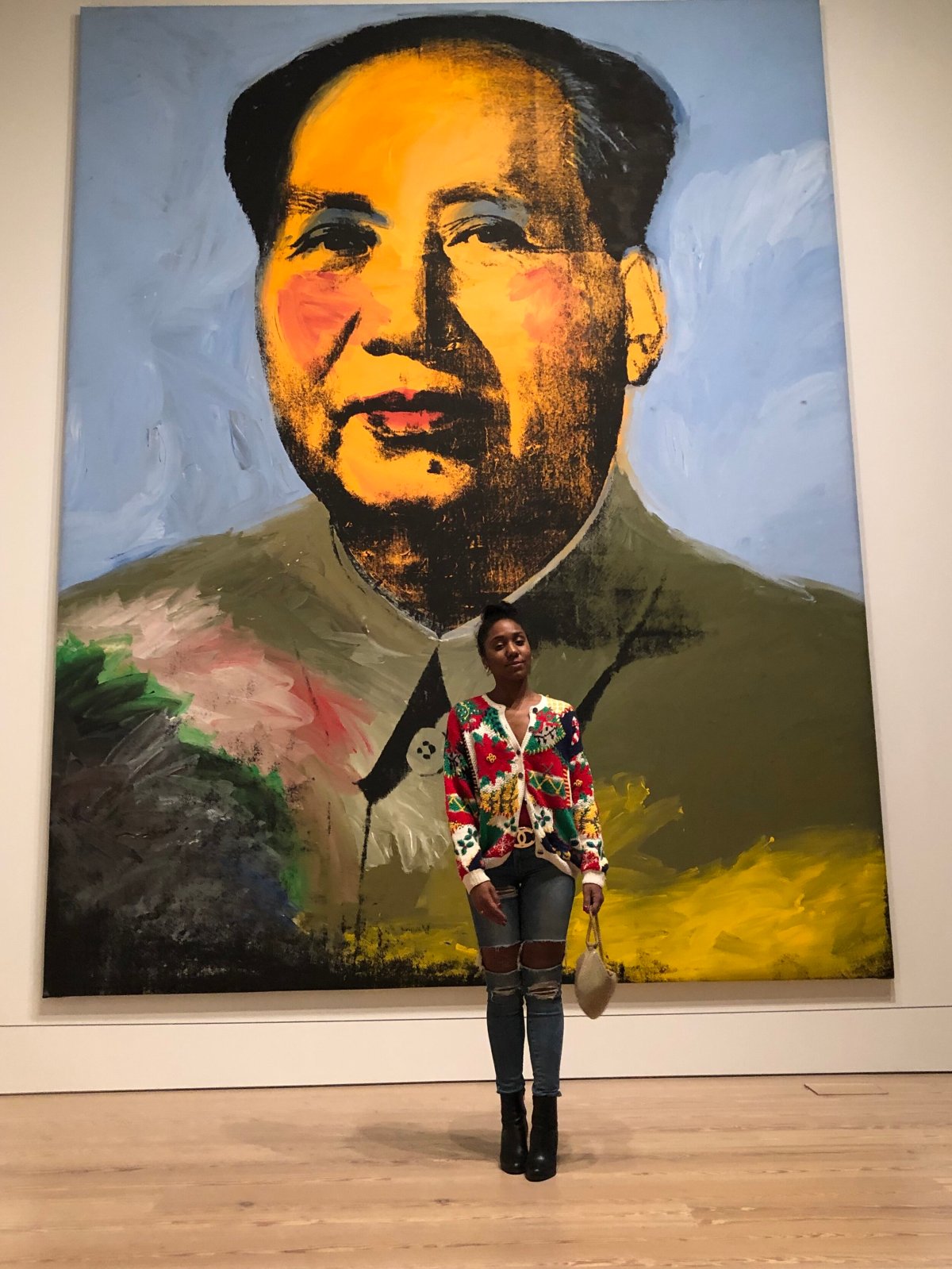