What would you do with 2.4 Billion Euros? Under the training and supervision of The Professor, an unlikely group of rebels because a family of robbers, making Robin Hood’s dreams come true in “Money Heist”. Tapping into their deepest needs and strongest talents, The Professor builds a team to infiltrate and rob one of Spains largest banks. With endless planning and wit, the group puts the government to the test when it comes to keeping order, and maintaining their morals. Just like the people of Spain, who being to applaud the robbers for stealing from the rich and giving back to the poor, we learn to love these characters, while they find a way to love themselves and trust each other.

In the first season, we meet each character and learn their backgrounds. Each character is incredibly well developed, allowing for you to really become invested or relate to one of the many storylines. Whether you think you’d be the person planning the robbery, executing the robbery or trying to stop the robbery, we get to see how this one evert affects the lives of so many. Season Two details the full robbery while you bite your fingers and try to see if/when they will make it out. The Professor seems to have planned everything, but can the crew really make it happen? Planning a robbery is one thing and getting away with it is another. Season Three shows us the aftermath — Where did they go and what happened?!?

If you’re looking for a film with multiple story lines and enough episodes to really hold you down, watch Money Heist! Only thing is, its actually in Spanish (I guess I should mention) and called “La Casa del Papel”.. You can easily change the language to English, but if you’re trying to keep your Spanish well-oiled, this is a fantastic series to watch. 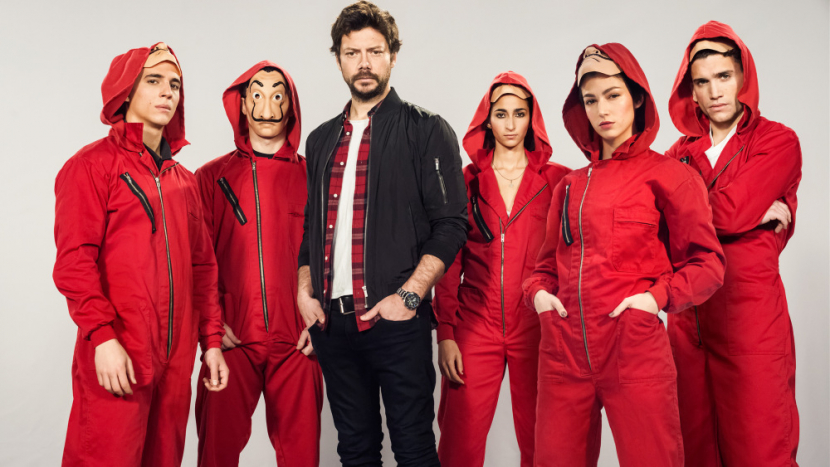